I’ve often heard of genealogical blogs being called “cousin bait”; and recently I found out why.

Last week my third cousin from Philadelphia – a man I knew nothing of – apparently googled our great great grandfather (Franz Bernhardt) and I’m one of the things that popped up. This was a particularly wonderful discovery for me, as I hope it was for him.

I had discovered that Franz had sent his children (well, three of them) to live in a home for poor children after his wife died in 1879. My great grandfather was older and was able to stay at home with his  father and learn his craft as a tailor. So, I had assumed that this was a struggling German immigrant family – and maybe they were at one time. But by the time of his death in 1905, Franz Sr had apparently amassed a good bit of money as well as being the owner of five homes.

Yes, Franz had a will I wasn’t aware of. My cousin sent it to me and it confirmed his brother, also a tailor in Philadelphia, as well as a sister who remained in Germany. It also mentioned a child I had not seen mention of before – Albert. Albert was likely born between 1875 and 1879 – in which case he would have been too young to have gone to the home.

So, now I have a sister to track down as well as another son. I am so grateful to have received this information.

Posted by Unknown at 8:35 PM No comments: 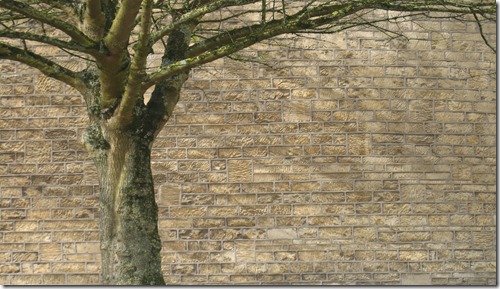 I was thinking today about the trouble I’m having with some of my ancestors – some of them surprisingly so. I’m not talking just about those way back ancestors; some of the ones I’m having problems with are relatively close in time.

5. Rosina Maier Bernhardt – my great grandmother. She was born about October 1873 in Germany. Census data indicates she immigrated to Philadelphia in 1890 and married my great grandfather, Franz Bernhardt, Jr., in 1893. I haven’t seen her death certificate yet – Philadelphia City records are slow to move through the system – but I’m hoping they will offer up the name of a parent. I can’t find any records on her outside of her census records and death certificate. She died in 1929, before any of her grandchildren were even born.

4. Jonathan Russ – My great great great grandfather died during the Civil War.  Unfortunately, his wife had two children after his death without being remarried, so many Russ family historians are reluctant to agree with my assessment. However, they do all agree he was about 35 years old and a Confederate soldier – and records shows that Jonathan Russ, 35, of Bladen County, North Carolina died a prisoner of war at Fort Delaware. To date no records of his parents have been found, however most researchers claim he was the son of  Jonathan Russ.

3. Evan Cain, Sr. – my great great great great grandfather. He was born in North Carolina circa 1790, likely in Bladen County. There were two recorded Cain families that came to Bladen County around 1750, so he is likely a descendant of one of those. My great Uncle Edison has kindly agreed to have his DNA tested so maybe that will help at least put us in the right line.

2. Peter Hilliard Christian Pound – The first known documentation for Peter Pound, my great great grandfather, was probably the 1860 Federal Census in Lexington County, South Carolina – and that record is hazy. Thirteen year old Peter Pound was living with a Goodwin/Godwin family – however my Peter Pound was born in 1850. Family lore has it that his mother died shortly after he was born, but before the census taker came to call; if this is true it’s possible that he had already been taken in by another family. In any case, no one really knows for sure who his father is, although there was really only one Pound family in South Carolina he could belong to.

And my number one brick wall is:

Apparently my great great great grandmother, Julia Ann “Annie” Carter, was an unmarried woman in South Central Georgia in the mid 1800s. She was born a Carter, died a Carter, and was the mother of eight Carter children. She was enumerated as the head of household on the 1860-1900 US Federal Censuses, never with a husband, and had different children residing with her at different times – some recorded as white, some as mulatto.

Many people list her husband as “Gus Carter”, but no record of any sort exists for a “Gus Carter” in that part of Georgia.  Others claim she was married to a man named James Nathaniel “Samp” Dyal, and that two of her children were fathered by him – while the latter part may certainly be true, James Dyal was married to someone else at the time and there is no indication that they were ever married either.

It’s interesting to note that two of Annie’s sisters led  similar lives. One can’t help but wonder what series of events lead up to this unusual choice in lifestyle.

In any case, I think the only thing that will help in giving any kind of lead to Wilson Carter’s father will be a DNA test. Unfortunately, his family was in Georgia, while my family returned to North Carolina in 1940 – my Cain family knows very few, if any, living descendants of Wilson Carter. They are out there, though, and I hope to find them and convince one of his direct male descendants to take a DNA test to help us get to the bottom of things. 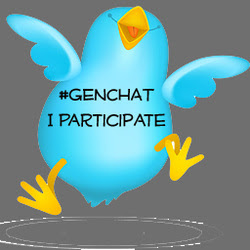